What is Surface Vertical Rod Exit Devices and what applications can it be used?

Surface Vertical Rod Exit Devices can be used on single and double doors.

Vertical Rod on non rebated doors
Two vertical rod exit devices can be used to secure an opening，they will have 4 latching points. This installation allows either door to operate independently without the need for a coordinator or open-back strike. 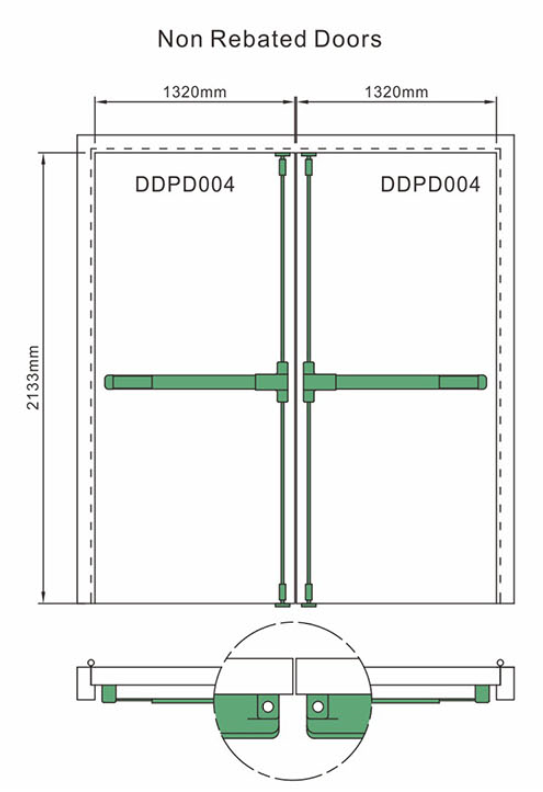 An overlapping astragal (below is a pair of V-bevel door with flat surface astragal for example) cannot be used with this application because it would require the door leaf with the astragal to be opened before the other leaf.

On paired openings without removable mullions, a mortise exit device can be installed on the active leaf and a vertical rod exit device can be installed on the inactive leaf to secure the opening.
This application of exit devices requires the use of additional hardware to allow the doors to properly operate. For instance, a door coordinator is needed to ensure the doors close in the proper sequence and return to the latched position. If the inactive leaf is opened before the active leaf, the latch-bolt of the mortise exit device projects from the edge of the lock stile and will prevent the inactive door from returning to the latched position. A door coordinator, used in conjunction with a carry open bar, will hold the active door open until the inactive door closes and latches. The coordinator then releases the active door and allows it to return to the closed and latched position.
In lieu of the coordinator, another item of hardware that can be used in this application is the open back strike. The open back strike is a strike that has an opening on one side that permits the inactive leaf to close over the projected latch-bolt of the mortise exit device and allows each door to operate independently. Open back strikes can only be used on fire-rated openings that have been specifically tested for their use.

This not recommend for double doors that are frequently used or used by the public. 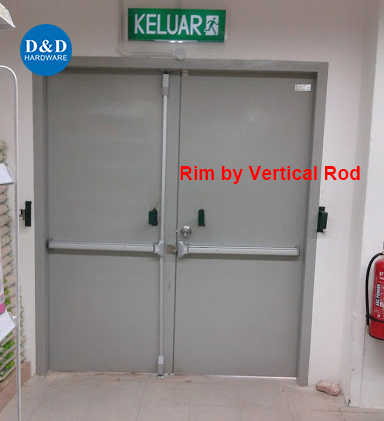 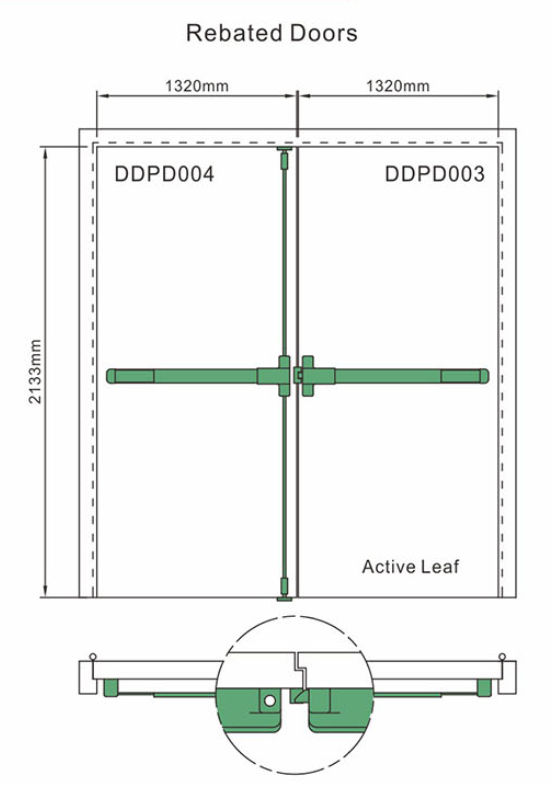 Coordinator is necessary to assure that the inactive leaf closes first. 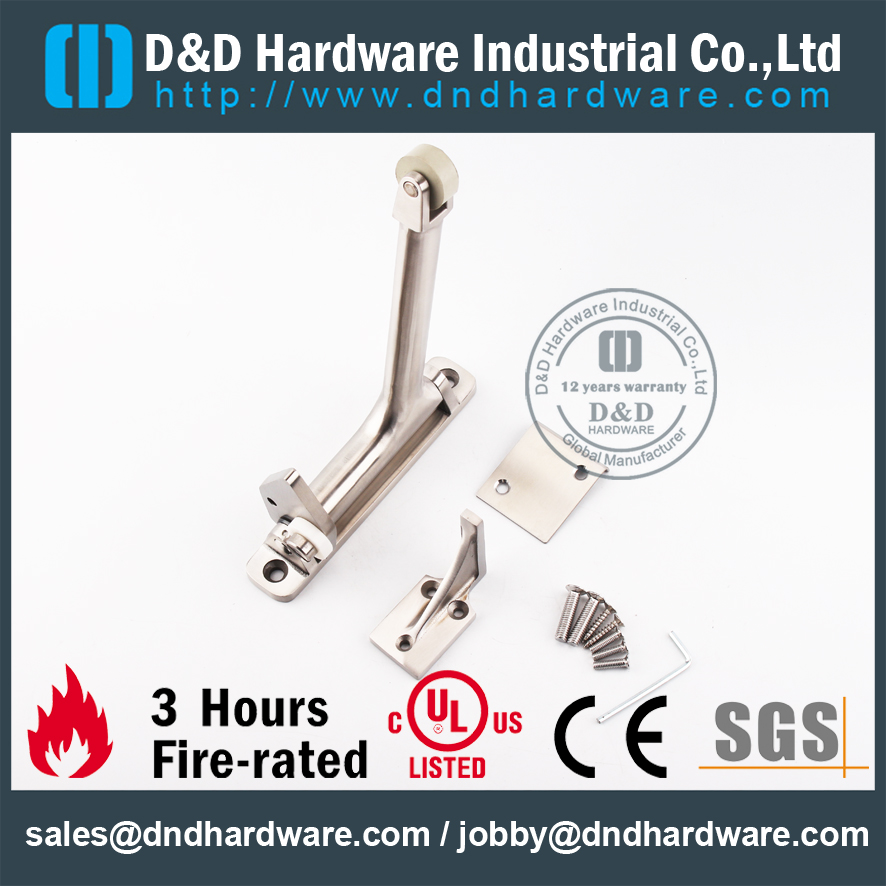 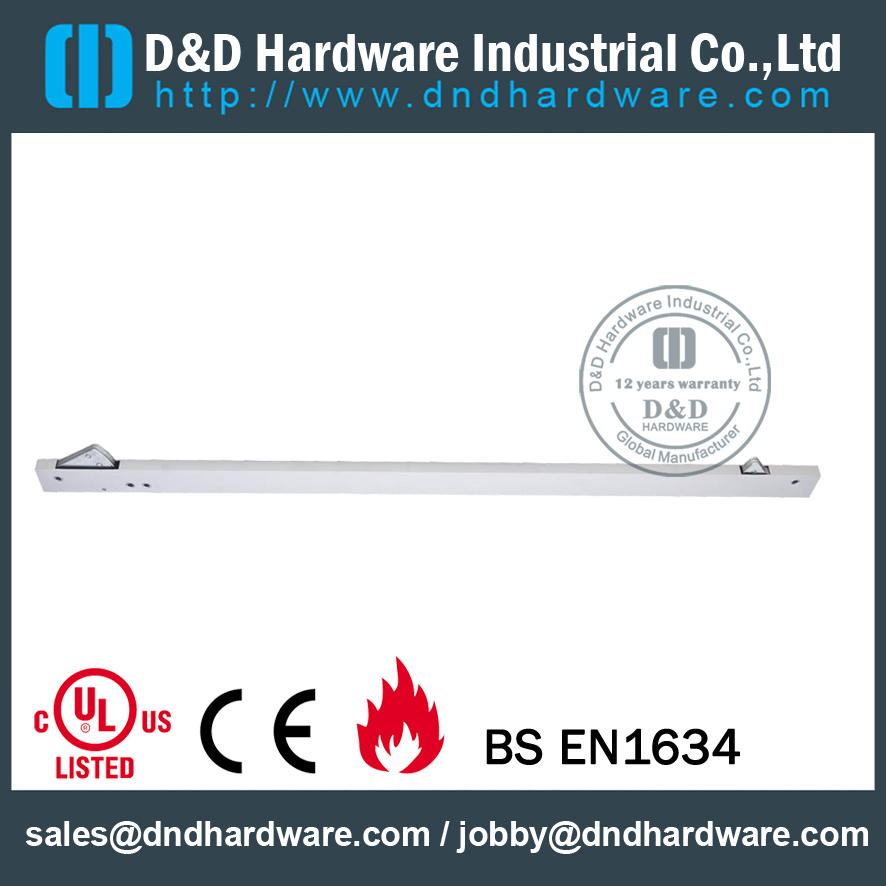 The carry open bar sets the doors into position for the coordinator to operate when inactive leaf is opened first.

When the inactive door opens, the carry bar pushes opens the active door until it engages the coordinator roller stop and held in the open position. 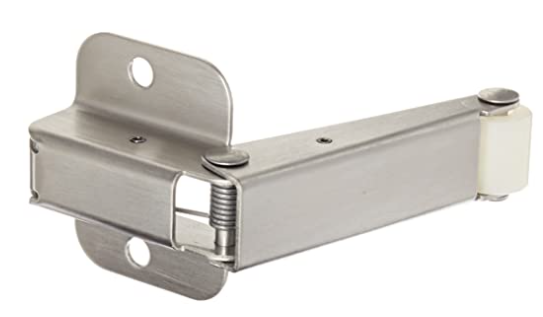 A double-egress opening is a paired opening with the door leaves swinging in opposite directions.

Surface vertical rod exit devices can be used to secure double egress doors with 2 point locking both doors opposite directions. 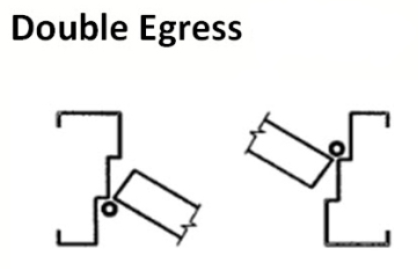 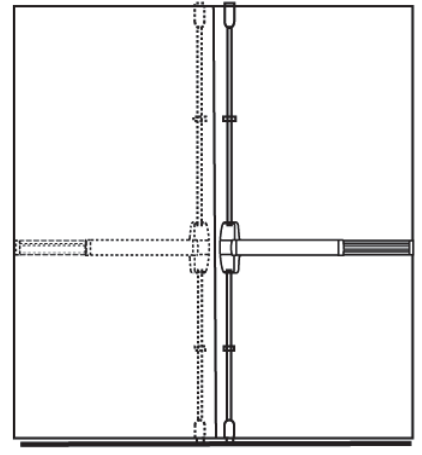 Because of their direct effect upon life safety, exit devices are one of the most important hardware items in a building.

Pay special attention to the various methods of handling exit devices on pairs of doors, this is probably one of the most important applications.

When measuring your door for a vertical rod exit device, you need to know the Width of the Door as well as the Height of the Door. D&D's fire rated-exit hardware have passed UL tests. Various styles of panic exit door hardware are suitable for public buildings, industrial places, medical buildings, educational places and other public places. D&D can also provide a complete set of solutions for pedestrian circulation, bringing customers a safe, convenient and reliable door configuration program. 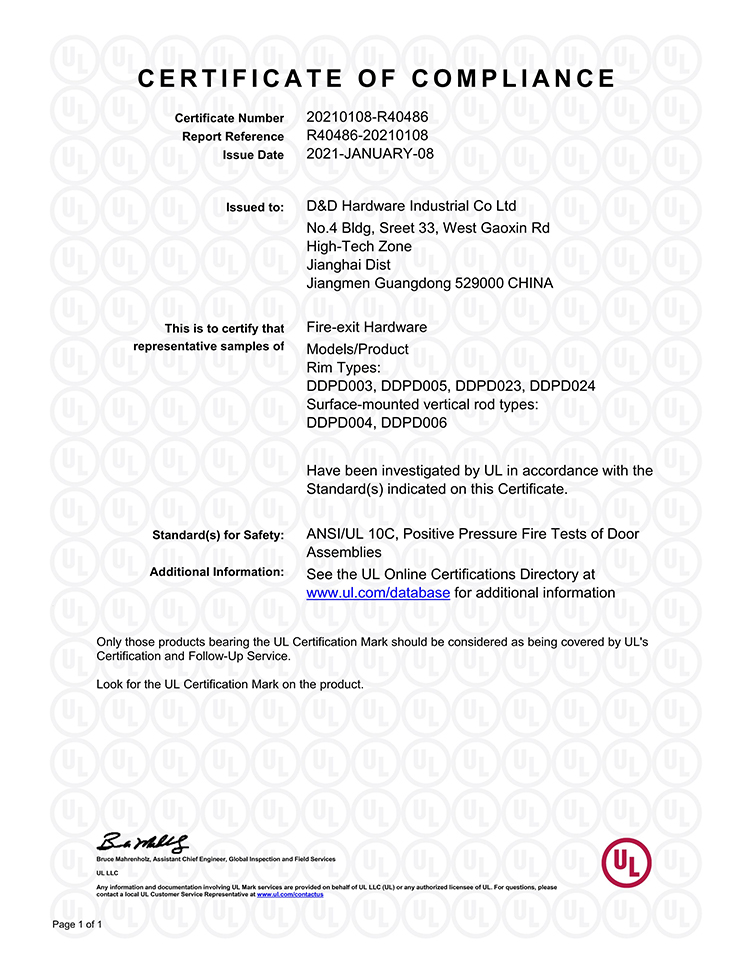